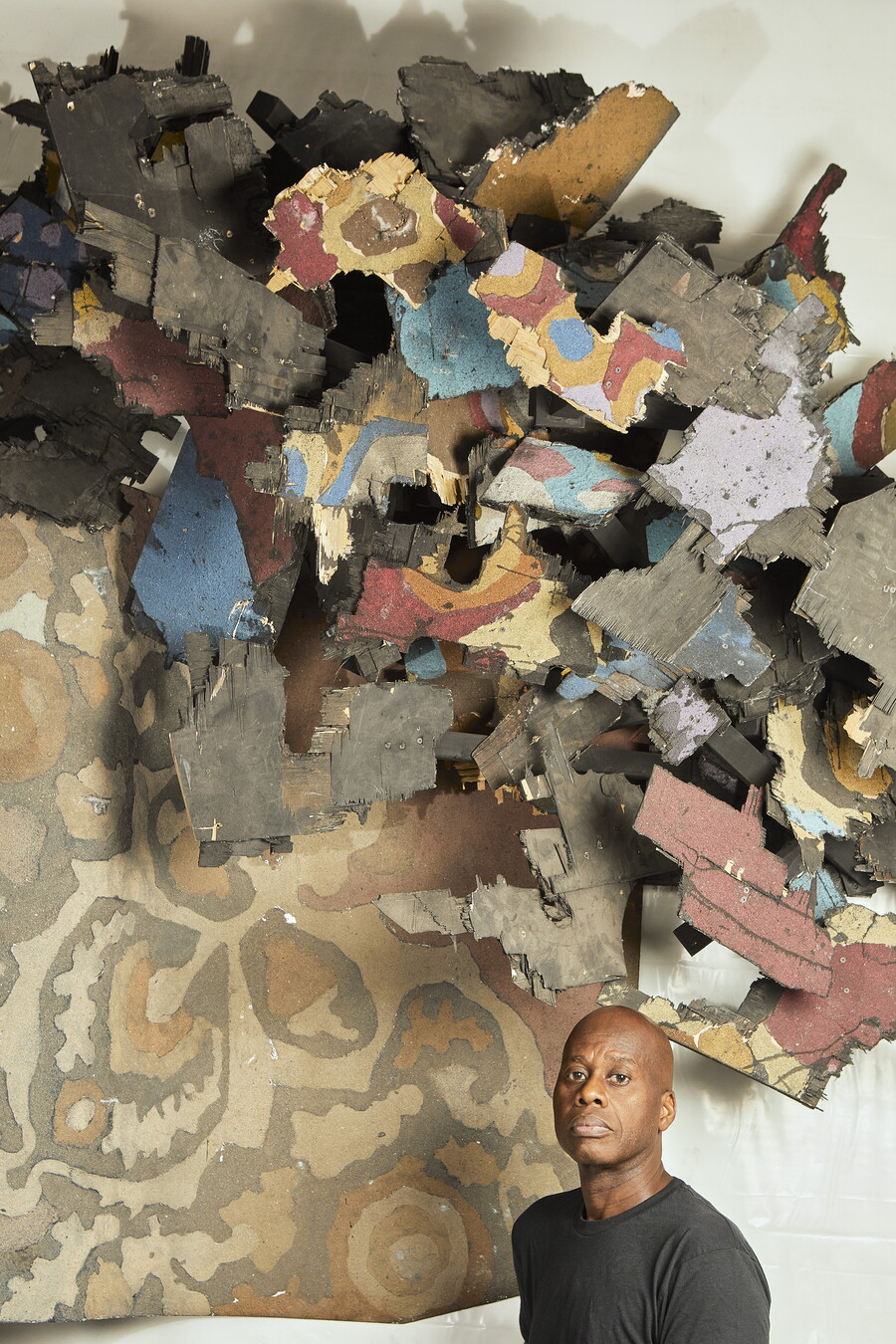 Fort Worth, TX, January 10, 2023—The Amon Carter Museum of American Art announces abstract sculptor Leonardo Drew as the next contemporary artist to transform the gallery connecting the original 1961 building and the 2001 expansion on the Museum’s first floor with a site-specific commission that will debut June 17, 2023. Known for his large-scale, multi-dimensional installations, Drew employs organic materials to create topographies that are at once looming in size and stunning in their intricacies. This commission is the latest in a series initiated by the Carter in 2019 to provide space for living artists to interact with and respond to the Museum’s collection through the creation of new works, filtering the tradition of American art through contemporary experiences and expanding the breadth of work represented.

“As an institution dedicated to telling the story of American creativity, the Carter believes that continued engagement with living American artists is essential to furthering our mission,” says Executive Director Andrew J. Walker. “This initiative has provided us with an avenue to commission and exhibit works from artists who are presently impacting the field and responding to historical American art through a contemporary lens.” Drew is the fourth artist to debut new work in the first-floor gallery space as part of the Carter’s commissioning initiative. The initiative, which began as a means of reimagining the corridor joining the Carter’s two buildings, transforms the space into a “sloping gallery,” providing a venue for the curatorial team to spotlight work by living artists. While connecting physical space, the gallery also bridges past and present, ushering in new work by today’s artists who find inspiration in the American artistic tradition. Previous participants include Stephanie Syjuco (2021-2022), Natasha Bowdoin (2020-2021), and Justin Favela (2019-2020).

“Leonardo Drew is a critical voice in American art today. His work explores the contradictory nature of American life in a way few others can, exploring the balance between seemingly competing dichotomies—chaos and order, violence and beauty, and destruction and creation,” says Shirley Reece-Hughes, the Carter’s Curator of Paintings, Sculpture, and Works on Paper. “In this way, one can locate him firmly within the tradition of great American sculptors. We are thrilled to bring Drew’s work to Fort Worth and look forward to seeing the ways in which his distinct sculptural practice acts in dialogue with our space and broader works.”

To create his intricate sculptures, Drew assembles natural materials such as wood, cardboard, paper, and string, which he then manipulates via processes of oxidation, burning, and weathering. The resulting works reflect Drew’s meditations on the tensions between the natural and man-made world, and the dissonance between materials and final product. For this project, Drew will anchor sculptural pieces that he refers to as “planets” and surround them with hundreds of smaller objects as he works to identify the interconnectedness of them all, viewing himself almost as the meteorological force impacting the landscape, toeing the line between spontaneity and order.

Over his three-decade-long career, Leonardo Drew (b. 1961) has become known for creating contemplative abstract sculptural works that are monumental in scale and intimate in detail. His work, which recalls post-Minimalist sculpture, alludes to America’s industrial past, transforming raw materials such as wood, scrap metal, and cotton into landscapes that evoke the cyclical nature of life and decay, the erosion of time, and the ecosystems surrounding labor.

Solo exhibitions of Drew’s work have been staged at the Mississippi Museum of Art, Jackson (2020); de Young Museum, Fine Arts Museum of San Francisco, California (2017); the Palazzo Delle Papesse, Centro Arte Contemporanea, Siena, Italy (2006); and the Blaffer Gallery at the University of Houston, where his mid-career survey Existed (2009) premiered. He has been featured in group presentations such as Living Just Enough (Goodman Gallery, London 2020); Metamorphoses (Pearl Lam Galleries, Shanghai 2020); and Labyrinth(s) (Pearl Lam Galleries, Hong Kong 2016). In 2019, the Madison Square Park Conservancy commissioned his first major outdoor public artwork, City in the Grass, which went on to tour across the country. Drew’s works are held in the collections of numerous public institutions worldwide, including the Metropolitan Museum of Art, New York; The Museum of Contemporary Art, Los Angeles; The Hirshhorn Museum and Sculpture Garden, Washington, D.C.; The Phillips Collection, Washington, D.C.; New Orleans Museum of Art; and Tate, London, among others. He attended Parsons School of Design in New York and then went on to receive his BFA from The Cooper Union. He currently lives and works in Brooklyn, New York.