March 20, 2017 Amon Carter Museum of American Art Presents The Polaroid Project: At the Intersection of Art and Technology 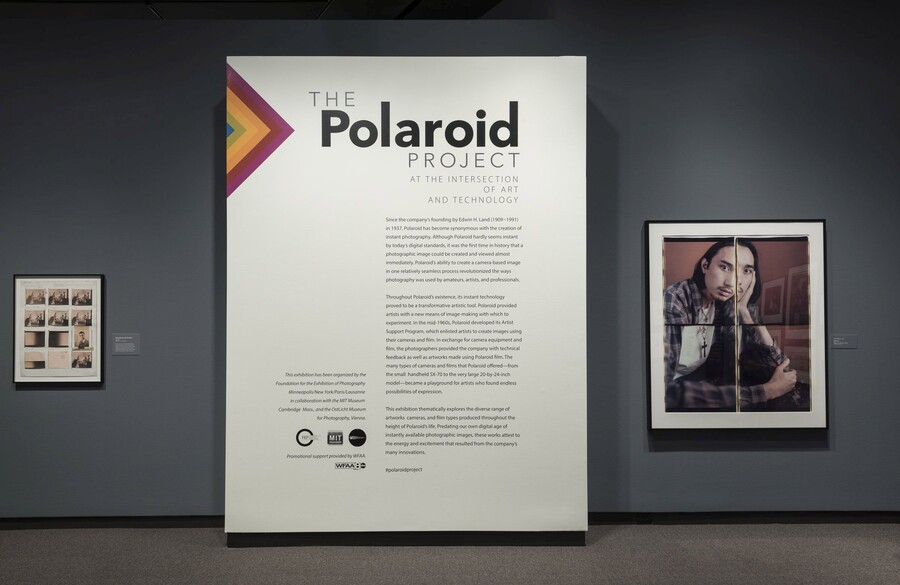 Fort Worth, TX, March 20, 2017—The Amon Carter Museum of American Art presents The Polaroid Project: At the Intersection of Art and Technology, a sweeping overview of the Polaroid phenomenon featuring the work of more than 100 artist-photographers along with examples of the tools and artifacts that helped make Polaroid a household name. The exhibition, which makes its U.S. debut at the Amon Carter, highlights the wide-ranging and often surprising uses of Polaroid materials through more than 150 images, including works by such heralded artists as Ellen Carey (b. 1952), Chuck Close (b. 1940), Marie Cosindas (b. 1925), Barbara Crane (b. 1928), David Hockney (b. 1937), Robert Rauschenberg (1925–2008), and Andy Warhol (1928–1987). The exhibition is on view June 3 through September 3, 2017; admission is free.

“Polaroid was the epitome of instant imaging long before the digital age,” says Joy Jeehye Kim, Assistant Curator of Photographs. “This show reveals the energy of artists who embraced the technology as a novel medium of experimentation.”

Visitors to the exhibition will see how artists experimented in black-and-white and color and produced images ranging widely in size and shape from modest 3” x 4” portraits to large dream-like mosaics built from 20” x 24” prints. Pervading all is an atmosphere of constant experimentation and energetic play as artists interrogate and reimagine the very purpose of photography.

The Polaroid Project reveals the Polaroid Corporation’s technical and marketing roots, but it also showcases the company’s unusually strong and extensive commitment to art, starting with founder Edwin Land’s (1901–1991) close friendship with the great landscape photographer Ansel Adams (1902–1984), who often tested the Corporation’s new cameras and films in the mid-1950s and was an avid promoter of its achievements.

The Polaroid Corporation stood proudly at the forefront of photographic image-making in a world that had come to believe that easier and faster meant better. The company’s invention and production of finely designed, high-quality, yet easy-to-use cameras and films brought virtual immediacy to a medium that previously lived by the notion of “shoot and wait.” Land was a proud, ever-pushing genius who never hesitated to sound messianic in his pronouncements about Polaroid’s technical achievements. Like the romantic scientists of a hundred years earlier with whom he identified, Land believed his invention would not merely serve mankind in myriad ways, at work and in leisure, in the arts and the sciences, but even advance democracy.

During Polaroid’s prime, its cameras and films were purchased by millions of amateurs and countless professionals. While families recorded their anniversaries and graduation parties, filmmakers and fashion photographers made test shots, scientists recorded their observations, and police documented crime scenes, artists embraced the new medium as a grand new tool for image-making and experimentation. At the heart of it all was instantaneity—no longer did photographers have to send films to a lab, and wait for days or weeks, or even go into a darkroom for a laborious chemical process. With Polaroid’s instant range, photographer and subject could watch together as the image took form before their eyes. Polaroid not only transformed photography, it set the foundation for the expectation of immediate results we are so accustomed to today.

Supplementing the exhibition’s artworks are rare artifacts from the Polaroid Corporation archives that trace the development of the technology from Land’s early work with 3D photographs in military service during World War II and his initial development of instant cameras and film to the company’s famous SX-70 and Spectra cameras. In addition to presenting production models of both cameras and films, the exhibition also includes prototypes made of paper, plastic, and wood that illuminate the creative puzzle-solving of the company scientists, engineers, and technicians working through how to shift photography from fast to instant by way of elegant packaging. Together, the objects and photographs reveal how artists helped shape Polaroid even as Polaroid coaxed artists into exploring new ways of seeing and visually imagining the world.

“The exhibition drives home the company’s deep belief that art could and should be made anytime, anywhere, by anyone,” says Kim. “Polaroid, quite literally, taught the public not merely a new way of seeing, but a new way of relating to the world.”

Interactive cards that include information about the Polaroid Corporation’s cameras, film, and history will be scattered throughout the exhibition for visitors of all ages to use. Large print labels will also be available for use in the galleries.

The Polaroid Project has been organized by the Foundation for the Exhibition of Photography, Minneapolis/New York/Paris/Lausanne, in collaboration with the MIT Museum, Cambridge, Mass., and the WestLicht Museum for Photography, Vienna. After the exhibition closes at the Amon Carter, it travels to the WestLicht Museum for Photography, where it is on view December 5, 2017 to March 4, 2018. In 2018 and 2019, the exhibition will also tour the C/O Berlin, Museum für Kunst und Gewerbe in Hamburg, McCord Museum in Montreal and MIT Museum.

In conjunction with the exhibition, the Amon Carter will sell a catalogue for $40 in the Museum Store.

June 15, 6:30 p.m.
Artist Talk by Ellen Carey
Ellen Carey will discuss her experimental work with Polaroid from the 1970s to the present.

This program on American art, culture, and society is made possible by a generous gift from the late Anne Burnett Tandy.