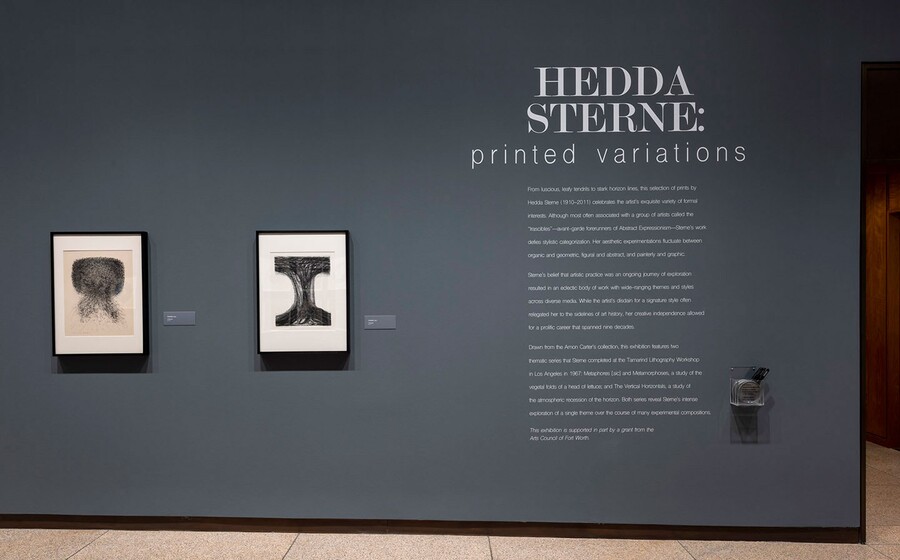 February 17, 2018–May 13, 2018
A New American Sculpture, 1914–1945: Lachaise, Laurent, Nadelman, and Zorach is the first exhibition to investigate the integral relationships between modernism, classicism and popular imagery in the interwar sculpture of Gaston Lachaise, Robert Laurent, Elie Nadelman, and William Zorach. Assembled from public and private collections, this exhibition of approximately 55 sculptures and 20 drawings addresses the remarkable affinities between the work of these four divergent and competitive personalities, who redefined sculpture’s expressive potential during the turbulent interbellum period. Known to each other but working independently, these four immigrant artists created figural sculptures that reveal a confluence of sources—from archaism and European avant-garde art to vernacular traditions and American popular culture.

A New American Sculpture has been organized by the Amon Carter Museum of American Art and the Portland Museum of Art, Maine. Government support is provided by the National Endowment for the Arts. Foundation support is provided by the Henry Luce Foundation, Inc. and the Terra Foundation for American Art. Local presentation is made possible by the Ann L. & Carol Green Rhodes Charitable Trust, Bank of America, N.A., Trustee, and Rosalyn G. Rosenthal.

June 16–September 16, 2018
From a crowd gathered in Central Park to solitary figures lost in thought, Dave Heath’s powerful photographs of loss and hope conjure feelings of alienation and a desire for human connection. Multitude, Solitude highlights the photographer’s black-and-white pictures of the 1950s and 1960s, an intense period of self-discovery and innovation for the artist. During these pivotal years, Heath developed groundbreaking approaches to narrative and image sequence, producing exquisite individual prints; handmade book maquettes; his poetic masterwork, A Dialogue with Solitude; and multimedia slide presentations. His sensitive explorations of loss, pain, love, and hope reveal Heath to be one of the most original photographers of those decades.

This exhibition is the first comprehensive survey of Heath’s deeply personal early work. Abandoned by both his parents by the age of 4, Heath lived in Philadelphia foster homes and in an orphanage until the age of 16. The turmoil of his childhood profoundly shaped Heath and his artistic vision. Just before his 16th birthday, he encountered a poignant photo-essay about foster care in Life magazine and became intrigued by photography’s potential to transcend simple reportage. Almost entirely self-taught, Heath channeled his feelings of abandonment into a body of work that underscores the importance and difficulties of human contact and interaction. Multitude, Solitude reaffirms Heath’s status as a key figure in 20th-century photography and highlights his deeply empathetic sensibility.

Through November 18, 2018
The evocative power of sculpture seems boundless in the hands of five living women artists whose work fills the Amon Carter’s gallery dedicated to regional artwork. Texas-based artists Celia Eberle, Kana Harada, Sharon Kopriva, Sherry Owens, and Linda Ridgway take the traditions of sculpture in new directions for the 21st century. Allusions to nature and human figures connect the diverse themes present in their work, which range from evocations of history and metaphor to explorations of memory, myth, and ritual.

In Her Image: Photographs by Rania Matar

December 23, 2017– June 17, 2018
This exhibition brings together four bodies of work by the Lebanese-American photographer Rania Matar that trace the development of female identity through portraiture. Depicting transitional moments of life, from girlhood to middle age, Matar’s works address personal and collective identity through photographs mining female adolescence and womanhood. Photographing girls and women in both the United States and the Middle East, the artist shows how the forces that shape female identity transcend cultural and geographic boundaries.

January 20–July 22, 2018
Since the 1990s, experimental photographer Ellen Carey has been making photographs that defy photographic conventions of depicting identifiable subjects. Instead, her works depict vibrant fields of color that are meditations on the very nature of photography as an image created by the action of light on a light-sensitive surface. Ellen Carey: Dings, Pulls, and Shadows features seven key works that explore the artist’s interest in color, light and the photographic process as the subject of her practice.

February 24–August 19, 2018
These two short videos by New York photographer-videographer Jan Staller reflect on a potent contradiction of contemporary material life. Where CYCLE revels in the powerful abstracting of paper traveling at high speed down a conveyor belt on its first step to being recycled, SAVED is a playful celebration of hundreds of small tools and toys accumulated over the years by the artist. Together these videos ask us to reflect on what we choose to keep and what we throw away.

July 28, 2018–January 27, 2019
From luscious leafy tendrils to stark horizon lines, this exhibition of prints by Hedda Sterne celebrates the artist’s exquisite variety of formal interests. Although most often associated with a group of artists called the “Irascibles”—avant-garde forerunners of Abstract Expressionism—Sterne defied stylistic categorization. Her aesthetic experimentations fluctuated between organic and geometric, figural and abstract, and painterly and graphic. All share, however, a passionate attention to detail and form.

Drawn from the Amon Carter’s collection, this selection of lithographs features two thematic series that Sterne completed at the Tamarind Lithography Workshop in 1967: Metamorphoses, a study of the vegetal folds of a head of lettuce, and Vertical-Horizontals, a study of the atmospheric recession of the horizon. Both series expose Sterne’s highly original style and her intense exploration of a single theme over the course of many experimental compositions.

About the Amon Carter

The Amon Carter Museum of American Art offers a renowned collection of American art housed in a Philip Johnson masterpiece in the heart of Fort Worth’s Cultural District. The museum is open Tuesday through Saturday from 10 a.m. to 5 p.m., Thursdays until 8 p.m., and Sunday from 12 to 5 p.m. Admission is always free. Closed Mondays and major holidays. Follow us on Instagram, Facebook, and Twitter. @theamoncarter.