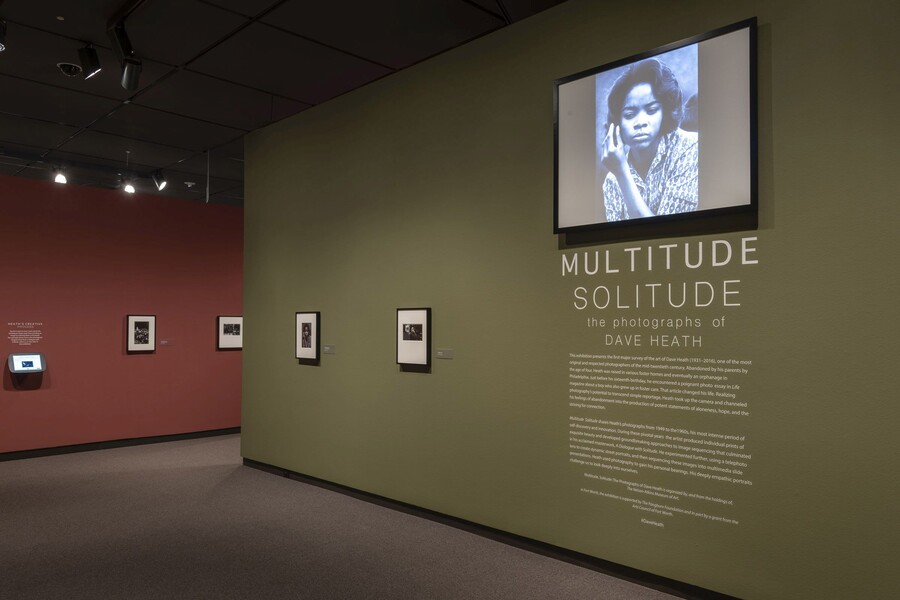 Fort Worth, TX, March 19, 2018—The first comprehensive survey of the work of Dave Heath (1931–2016), one of the most original photographers of the last half of the 20th century, opens at the Amon Carter Museum of American Art on June 16. Organized by The Nelson-Atkins Museum of Art, the exhibition Multitude, Solitude: The Photographs of Dave Heath highlights the photographer’s black-and-white pictures of the 1950s and 1960s and centers around his 1965 photobook A Dialogue with Solitude, which is widely considered a masterwork of the period. The exhibition is on view through September 16; admission is free.

“This exhibition introduces the deeply humanist, emotionally-charged vision of the artist-photographer Dave Heath,” says John Rohrbach, senior curator of photographs. “Inspired by Life magazine, Heath spent his life photographing people on the streets of Philadelphia, New York, and cities across the United States, drawing attention to a world framed by solitude, even amidst crowds. Almost entirely self-taught, he was widely acknowledged as a top printer and a respected critic of the photography of his day. He also was renowned as an expert in the art of sequencing for his sensitive poetic explorations of loss, pain, love, and hope.”

Heath’s photographs are a powerful expression of his emotional life and his concern for interpersonal contact and communion. Abandoned by both parents by the age of 4, he grew up in foster homes and an orphanage in Philadelphia. This experience shaped his creative vision, an expression of a profound sense of pain, loneliness, alienation, longing, joy, and hope. Guided by an entirely personal expressive need, Heath used the camera to understand himself and the world around him.

“Heath has always, and instinctively, understood the power of sympathetic vision,” says Keith F. Davis, senior curator of photography at the Nelson-Atkins. “His photographs of people are infused with a special emotional directness and power. They reflect a fundamental, and almost tactile, need to connect.”

Heath’s interest in photography was sparked in 1947 when he saw Ralph Crane’s photo essay “Bad Boy’s Story” in Life magazine, an article about an alienated boy in an orphanage. He identified with the boy in Crane’s essay and first grasped the power of a photograph to transcend simple reportage. Largely self-taught, Heath studied for a year at the Philadelphia College of Art before working for a commercial photo studio in Chicago. He came to national attention after his move to New York City in 1957, was awarded a Guggenheim Fellowship in 1963, and was included in major exhibits at the Museum of Modern Art, the Art Institute of Chicago, and elsewhere. Heath was also a teacher, including stints at Dayton Art Institute, Moore College of Art in Philadelphia, and 36 years on the faculty of Ryerson University in Toronto, Canada. He died on June 27, 2016, his 85th birthday.

The exhibition includes a space for visitors to reflect on major themes in Heath’s Dialogue with Solitude book, as well as browse various books that inspired the artist. Digital reproductions of two of Heath’s photobooks and an interactive screen about his photographic process is available for visitors to explore. Large-print labels are also available for use in the galleries.

This exhibition has been organized by The Nelson-Atkins Museum of Art, which has the largest holding of Heath’s work in the United States. Local presentation is supported in part by a grant from the Arts Council of Fort Worth. A hardcover, 324-page exhibition catalogue of the same name will sell in the Amon Carter’s Store.