May 20, 2009 Antiques Roadshow Discovery on View at Amon Carter Museum 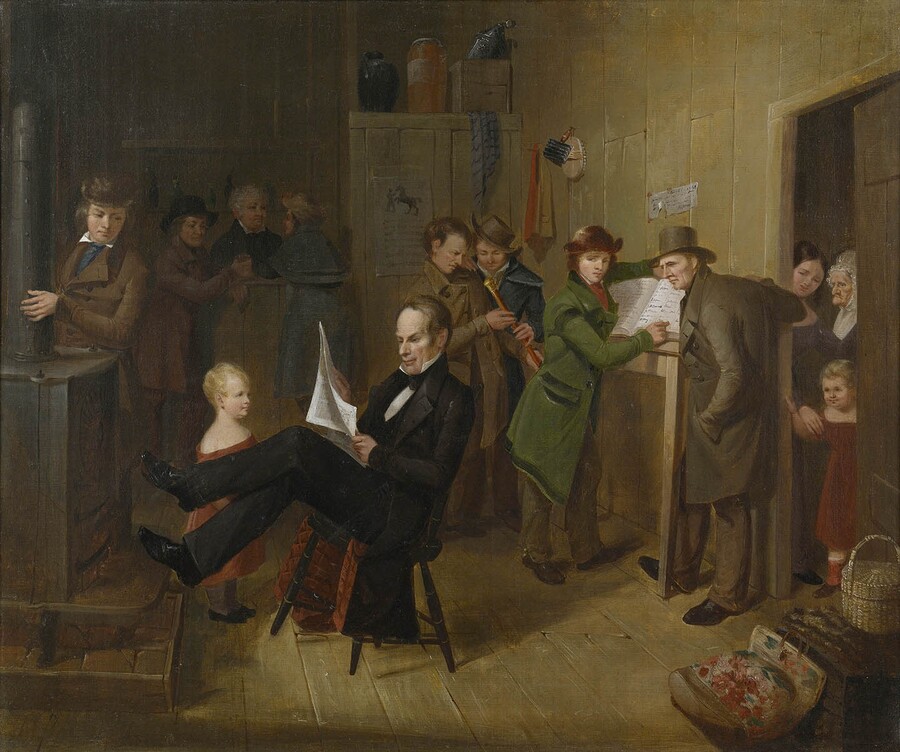 Fort Worth, TX, May 20, 2009—When The Illustrious Guest (1847) appeared on the PBS program Antiques Roadshow earlier this year, appraiser Alan Fausel of the Bonhams auction house said the painting “could hang in a museum.” Now it is.

“I was intrigued by the painting when I saw it on the program,” says Rebecca Lawton, curator of paintings and sculpture at the Amon Carter Museum. “I called Alan and asked him to pass along my contact information to the owner because I wanted to see it in person. I’m so thankful the guest had already contacted Alan, making it possible for him to connect us, because now we have the privilege of displaying this wonderful painting in our museum.”

The 19th-century painting by James Henry Beard depicts legendary Kentucky statesman Henry Clay (1777–1852) as a guest at a country tavern while on the campaign trail. The work is on long-term loan to the Amon Carter Museum.

The Dallas owner, who remains anonymous, brought the painting to a Dallas taping of Antiques Roadshow last summer. On the episode that aired in January, she revealed that the painting had been in her family for more than six generations, and that they likely acquired it shortly after it was painted.

“It is a terrific genre subject that combines fact with fiction,” Lawton says. “The setting is accurate, as Clay, a veteran campaigner, certainly would have stopped at country taverns to solicit votes during the 1844 presidential election. Beard likely imagined the painting’s cast of characters, some of whom marvel at Clay’s elegant attire, while others eye him warily after identifying him from the guest register. This is a perfect picture of life in antebellum America and a wonderful rediscovery.”

James Henry Beard (1811–1893) was born in Buffalo, N.Y., and at the age of 11 moved with his family to Painesville, Ohio. A self-taught artist, Beard worked for several years as a traveling portrait painter in Cincinnati, Louisville, New Orleans, and Pittsburgh. He was an honorary member of the National Academy of Design from 1848 to 1860 and a full member until his death in 1872.

Beard’s genre paintings, or scenes of everyday life, of the 1840s are less well-known than his later satirical pictures and portraits of domestic pets. Like his younger brother, artist William Holbrook Beard (1824–1900), the elder Beard’s reputation now rests primarily on his paintings of animals.