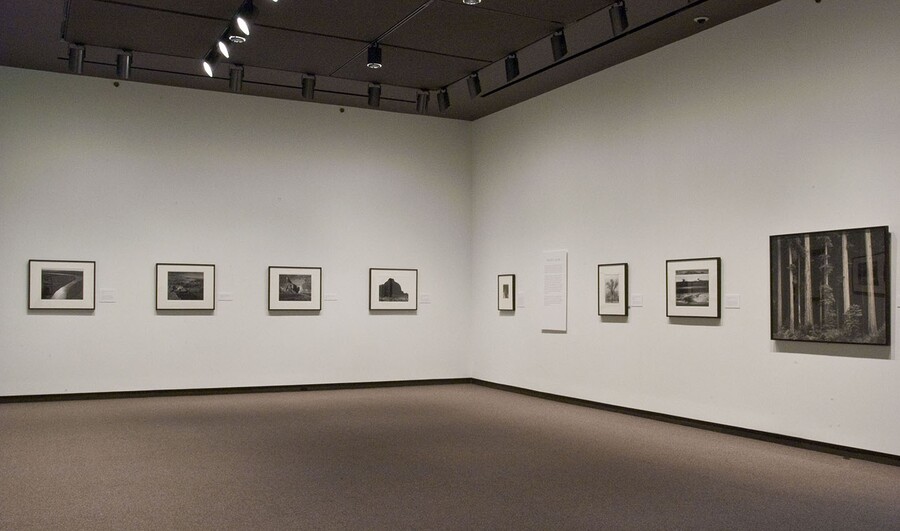 Fort Worth, TX, April 26, 2010—Works by one of the world’s most widely recognized and celebrated photographers will go on view this spring at the Amon Carter Museum. Ansel Adams: Eloquent Light features 40 photographs by the artist and runs from May 29 through November 7, 2010. Admission to the Carter is free.

“Ansel Adams was the last major artist to subscribe to the romantic tradition of American landscape, an artistic lineage that included Albert Bierstadt, Thomas Cole, William Henry Jackson, and Carleton Watkins,” says John Rohrbach, senior curator of photographs. “This exhibition, comprised of prints from the museum’s holdings and a private collection, spans 50 years of Adams’ spectacular career and gives museum visitors insight into his vision of inspiring beauty.”

Adams’ uplifting images have helped define landscape photography, fulfilling an ideal of a glorious American West before tourism and development marked the land. A hallmark use of light coupled with an affinity for grand gestures yielded his trademark oversized prints. This exhibition, however, also showcases his lesser-known, non-landscape work and his initial devotion to Pictorialism, a photographic movement (in vogue from around 1885 to the early years of the 20th century) that subscribed to the idea that art photography should emulate—through soft focus, exotic printing techniques, and other methods—the more established art mediums of the time, particularly painting and etching.

Early in his career, Adams aimed to reveal the character of a landscape through the balance of light and dark. By limiting his photographs to contact size (the size of the originating negative) and printing them on matte-finish papers, he made works that delivered the intimacy of fine etchings. The exhibition shows how, in his later years, Adams sought to broaden his audience by publishing finely crafted portfolios of original prints that, along with his signature landscapes, included portraits, close-ups, and even industrial photographs.

“A trained pianist, Adams often used musical analogy to explain his artistic practice—calling each negative a composer’s score and each print a unique performance,” Rohrbach says. “He visualized his results at the time he made each negative in order to better reflect his psychological experience of his subjects.”

An educator and a leader among West Coast artists, Ansel Adams (1902–1984) led photography workshops for years around Yosemite National Park. A strong advocate of environmental causes, he served on the board of the Sierra Club from 1937 to 1971. Among his many honors, he won three John Simon Guggenheim Memorial Foundation fellowships, was elected to the American Academy of Arts and Sciences, and in 1980 was awarded the Presidential Medal of Freedom.

Adams was a consummate and ardent admirer of the natural world, and he traveled the country from the national parks of Yosemite and Big Bend to the Taos Pueblo in New Mexico. From Mount McKinley (Ala.) to Death Valley (Calif.), he searched high and low, sharing his vision through exquisitely rendered prints bound in hand-crafted books and portfolios. His longstanding goal—“to rekindle an appreciation of the marvelous”—is evidenced here in this exhibition.

Dr. Michael Adams offers an intimate look at his father’s work in conjunction with the exhibition Ansel Adams: Eloquent Light. Admission is free, but because seating is limited, reservations are required. Call 817.989.5030 to register. We apologize for the inconvenience, but this program is currently full.