Will Barnet: Relationships, Intimate and Abstract, 1935-1965 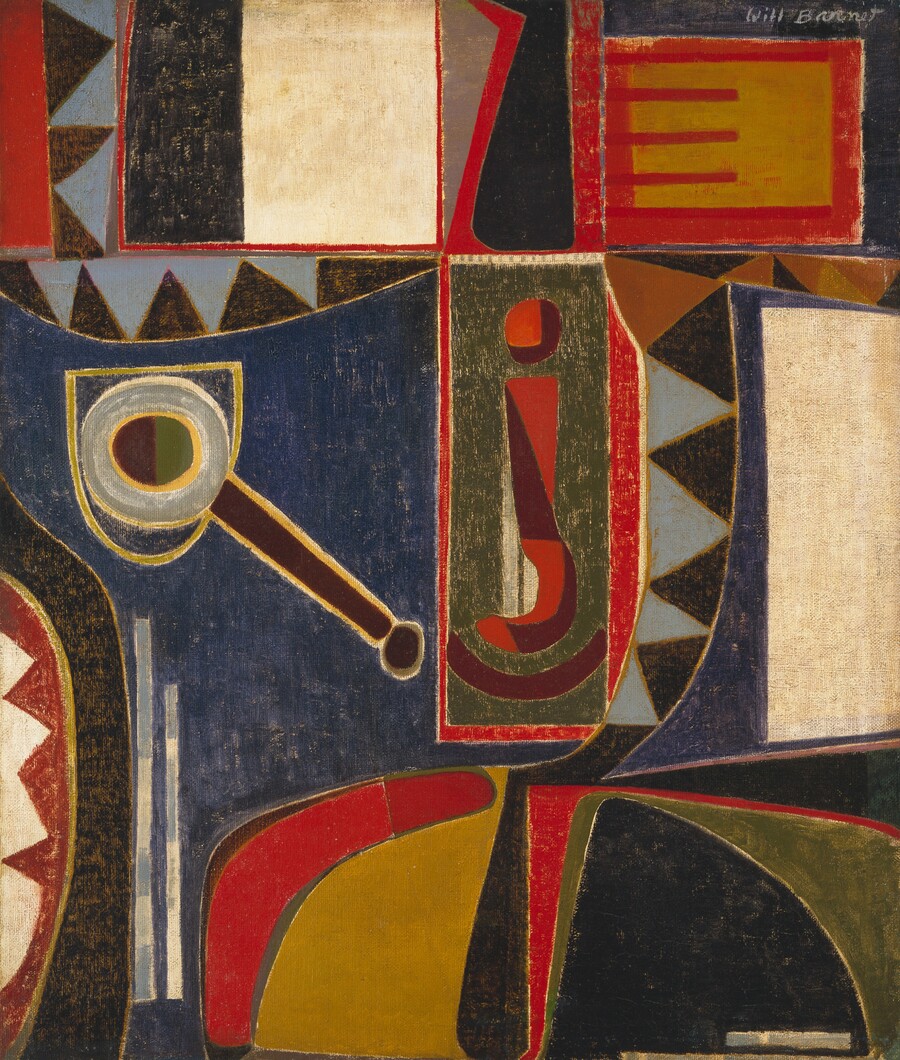 To mark the 100th birthday of pioneering printmaker, painter, and educator Will Barnet (b. 1911), this exhibition of nearly 50 works explored the momentous evolution of Barnet’s art from realism to abstraction during the middle decades of the 20th century.

Will Barnet’s career began in 1931, when he earned a scholarship to the prestigious Art Students League in New York. Here he excelled at various printmaking techniques including lithography, intaglio, and woodcut. In 1936 he began teaching graphic arts at the League, then composition and painting, initiating his nearly half-century career as one of America’s most important educators. He taught at Cooper Union, the Pennsylvania Academy of Fine Arts, Yale, and Cornell universities, and many other schools, with notable students including Robert Blackburn, Donald Judd, James Rosenquist, Mark Rothko, and Cy Twombly.

Through drawings, paintings, and prints, viewers can witness the sophisticated progression of Barnet’s art from the 1930s to the 1960s, the most pivotal period of his career. The artist’s stylistic evolution was marked by his search for the symbolic potential of forms, culminating in one of the most important abstract paintings he ever created, the Carter’s Self-Portrait (1952–53). Alongside this masterwork were related drawings that were exhibited for the first time. This exhibition also included important loans from the artist and prints and drawings from the museum’s holdings. 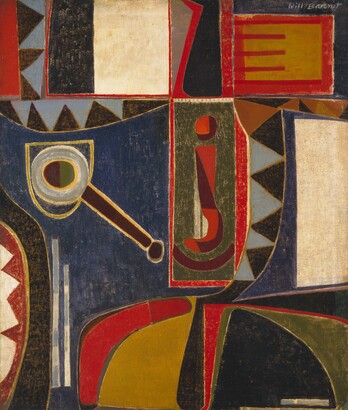 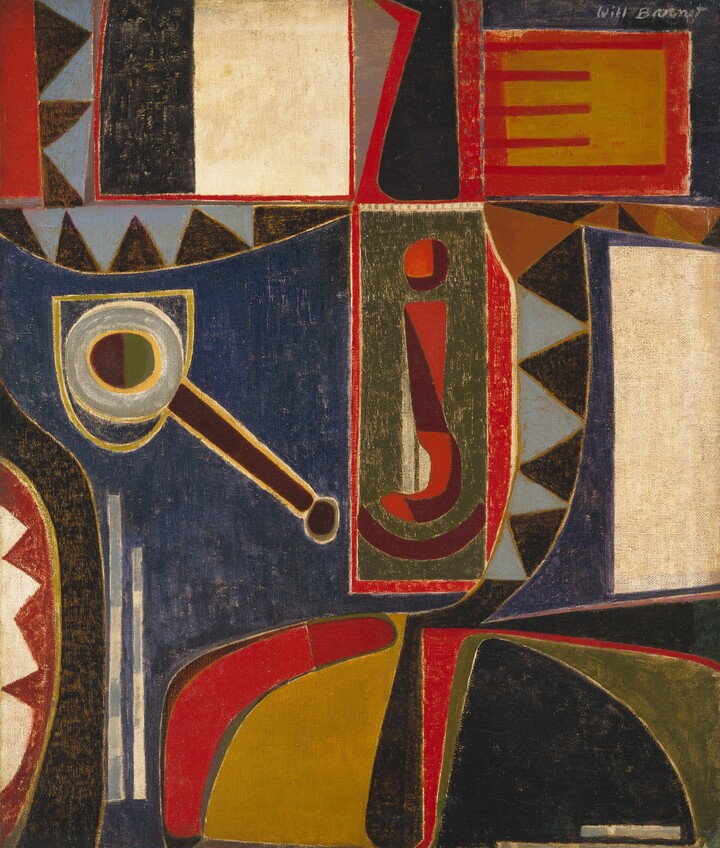 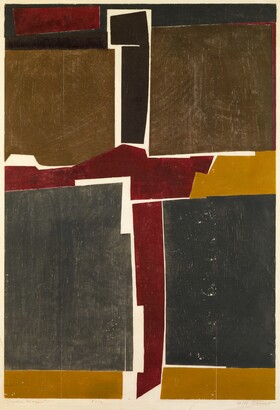 Amon Carter Museum of American Art, Fort Worth, Texas, Purchase with funds provided by the Estate of Electra Carlin 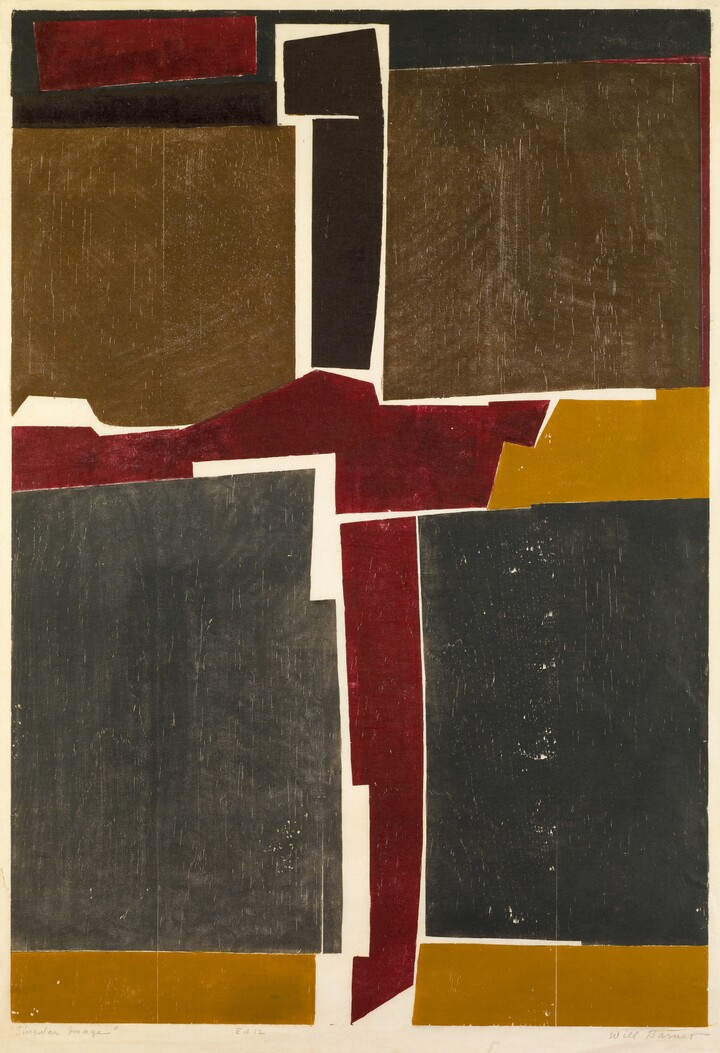 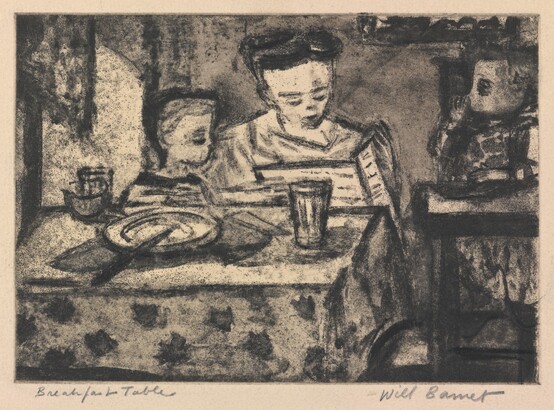 Amon Carter Museum of American Art, Fort Worth, Texas, Purchase in honor of the 50th Anniversary with funds provided by the Paper Guild 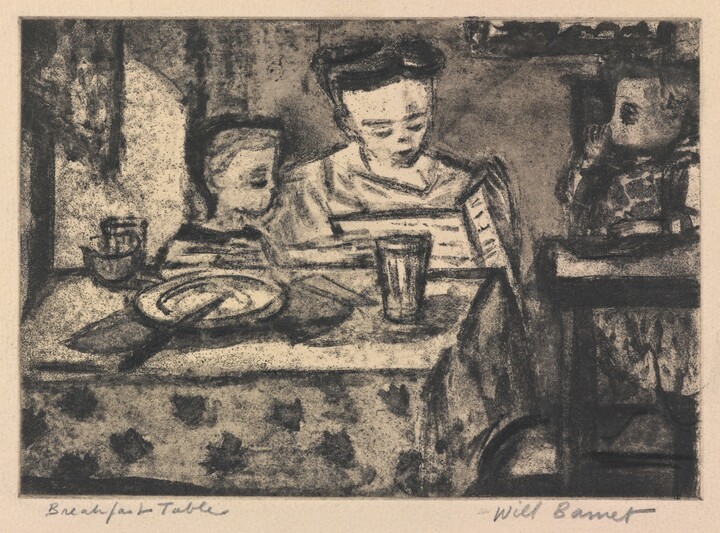 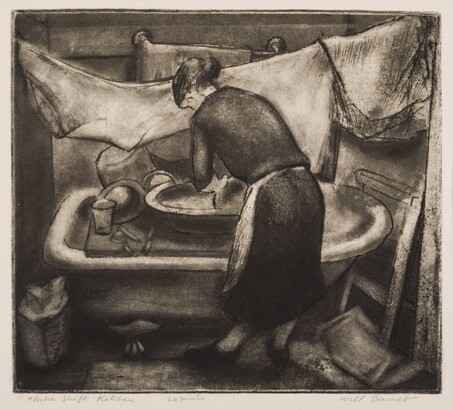 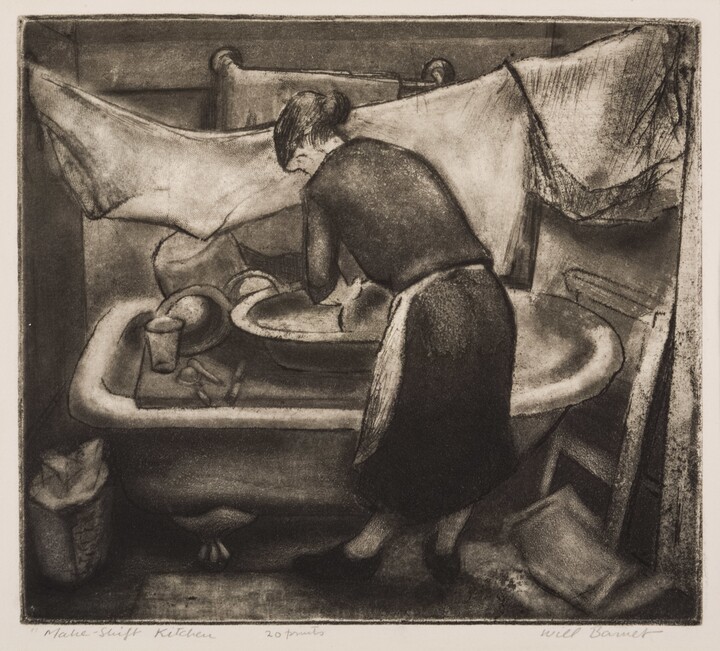 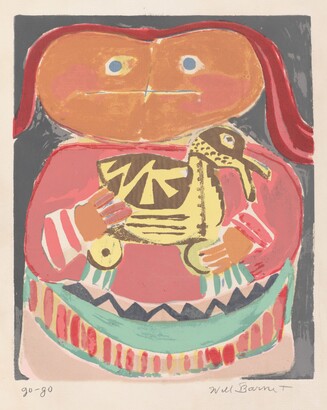 Amon Carter Museum of American Art, Fort Worth, Texas, Purchase in honor of Jane Myers for the 50th Anniversary with funds provided by the Paper Guild 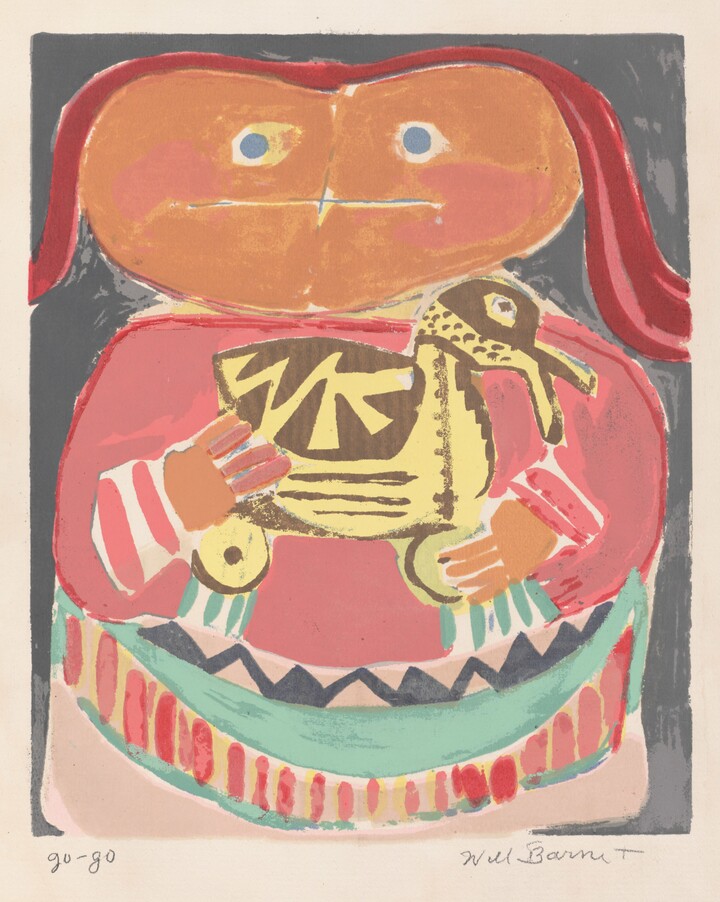 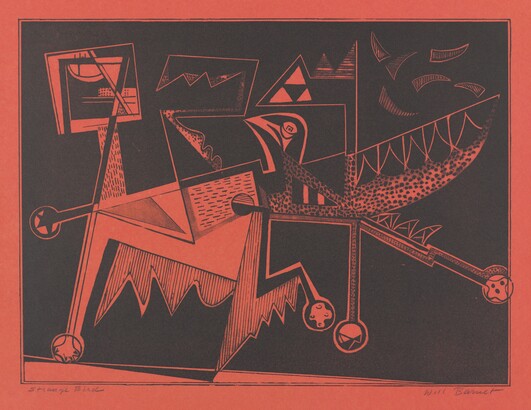 Amon Carter Museum of American Art, Fort Worth, Texas, Gift of the artist 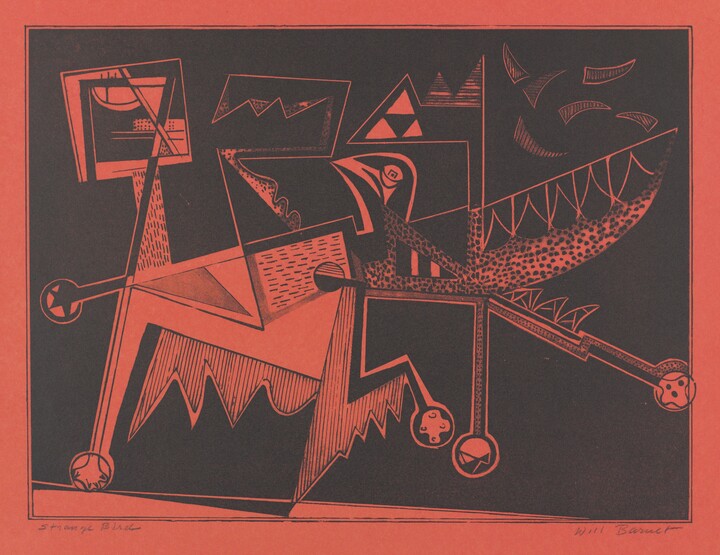