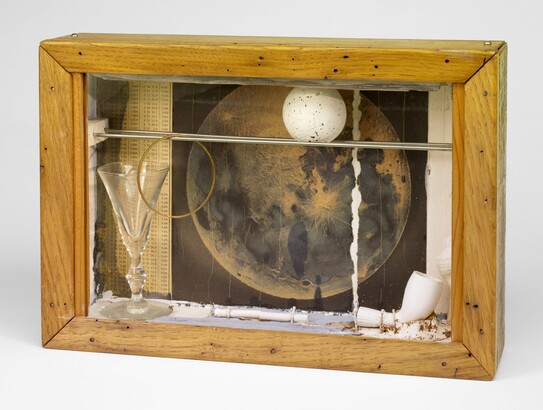 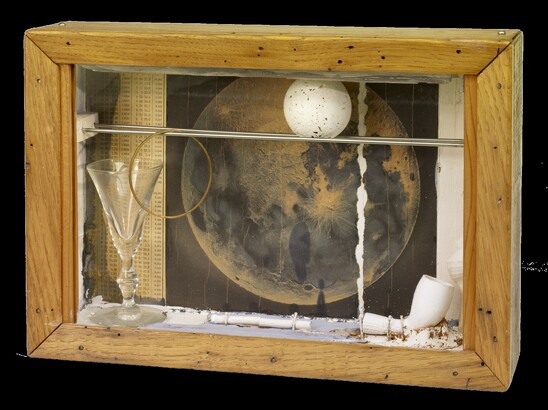 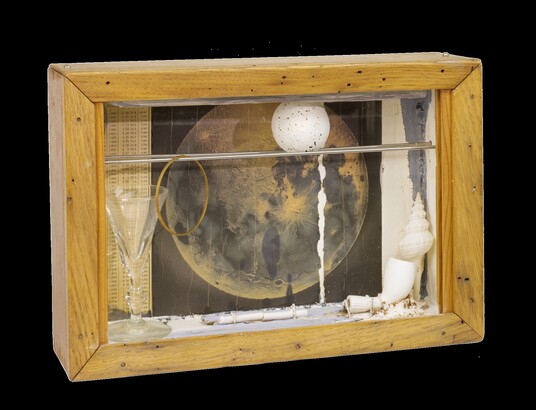 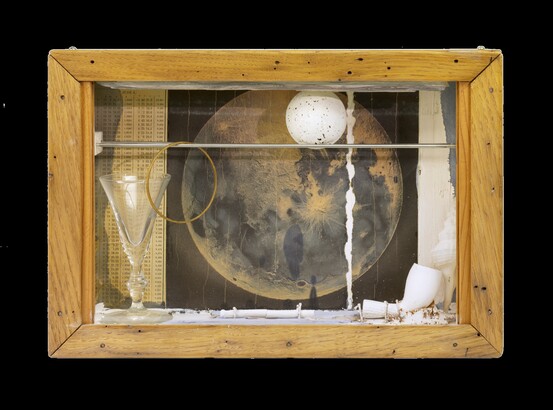 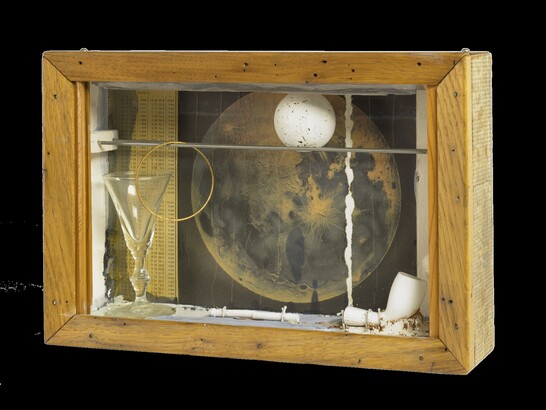 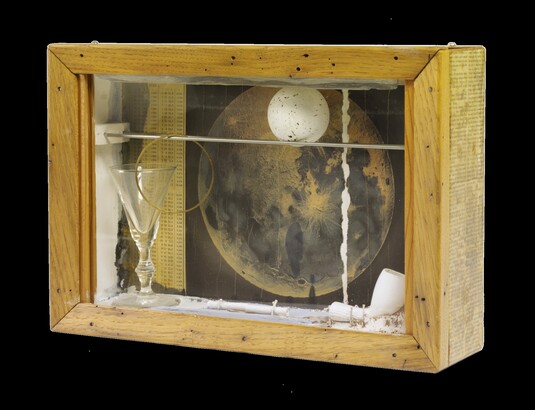 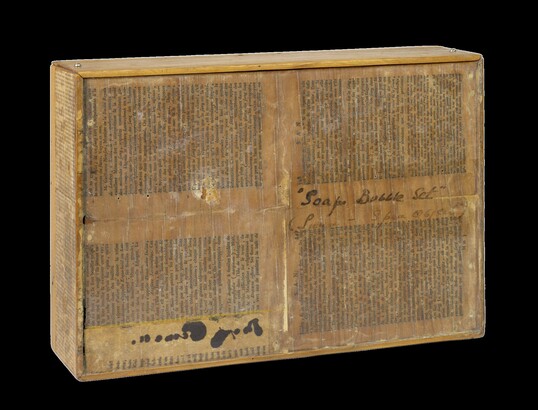 Cornell interpreted the world through elaborate box constructions inspired by nineteenth-century Victorian shadowboxes made for holding precious objects. He composed his works through surreal-like associations of found objects. This one, with its photographic image of the moon, is a nod to the post-World War II Space Race between the United States and the former Soviet Union for dominance in space exploration and travel.

Associating bubbles with planets, Cornell incorporated a bubble-blowing pipe at the bottom of the box. The seashell suggests the tides and the gravitational pull between the earth (white ball) and the moon, while the column of numbers is most likely a chart of star notations. Though related in these ways to space exploration, the work remains mysterious, suggesting Cornell’s romantic vision of celestial navigation.