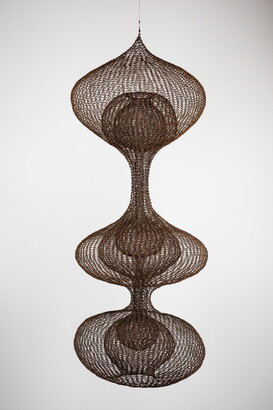 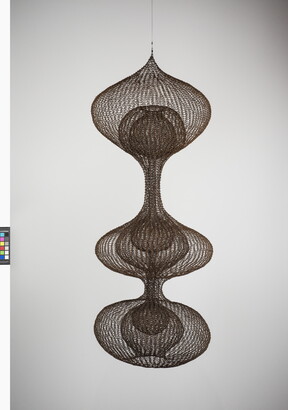 Asawa challenges our perceptions of light and space with this unique hanging sculpture, an example of her signature “form within a form” works. The artist methodically looped a single wire countless times to create an exterior orb with two more nestled inside. These orbs are at once transparent and enclose space, making their relationship to their surroundings and to the viewer an essential part of the work. As the gallery’s lights filter through the loops, which draws our attention, we realize the labor-intensive, meticulous skill that went into making every inch of this sculpture. With this work and others like it, Asawa redefined sculpture’s potential and meaning in the mid-twentieth century.