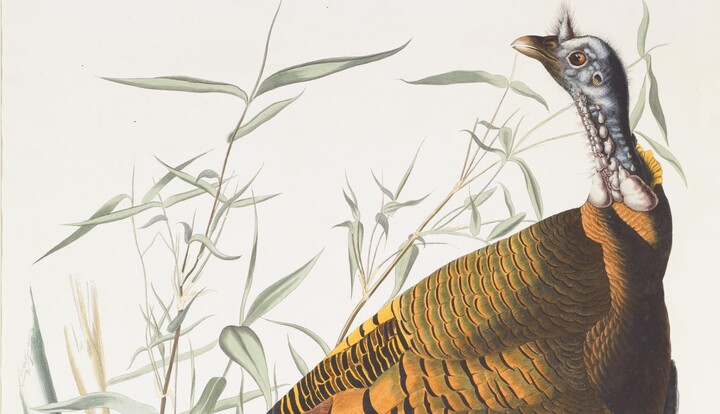 A bird of courage

This blog post was originally published in 2013 on the Carter's previous blog.

Before you extract your roasting pan, baster, and meat thermometer from their storage places to cook your holiday bird, I ask that you pause for a moment to honor the nobly awkward fowl that is Thanksgiving’s most famous participant—the turkey. 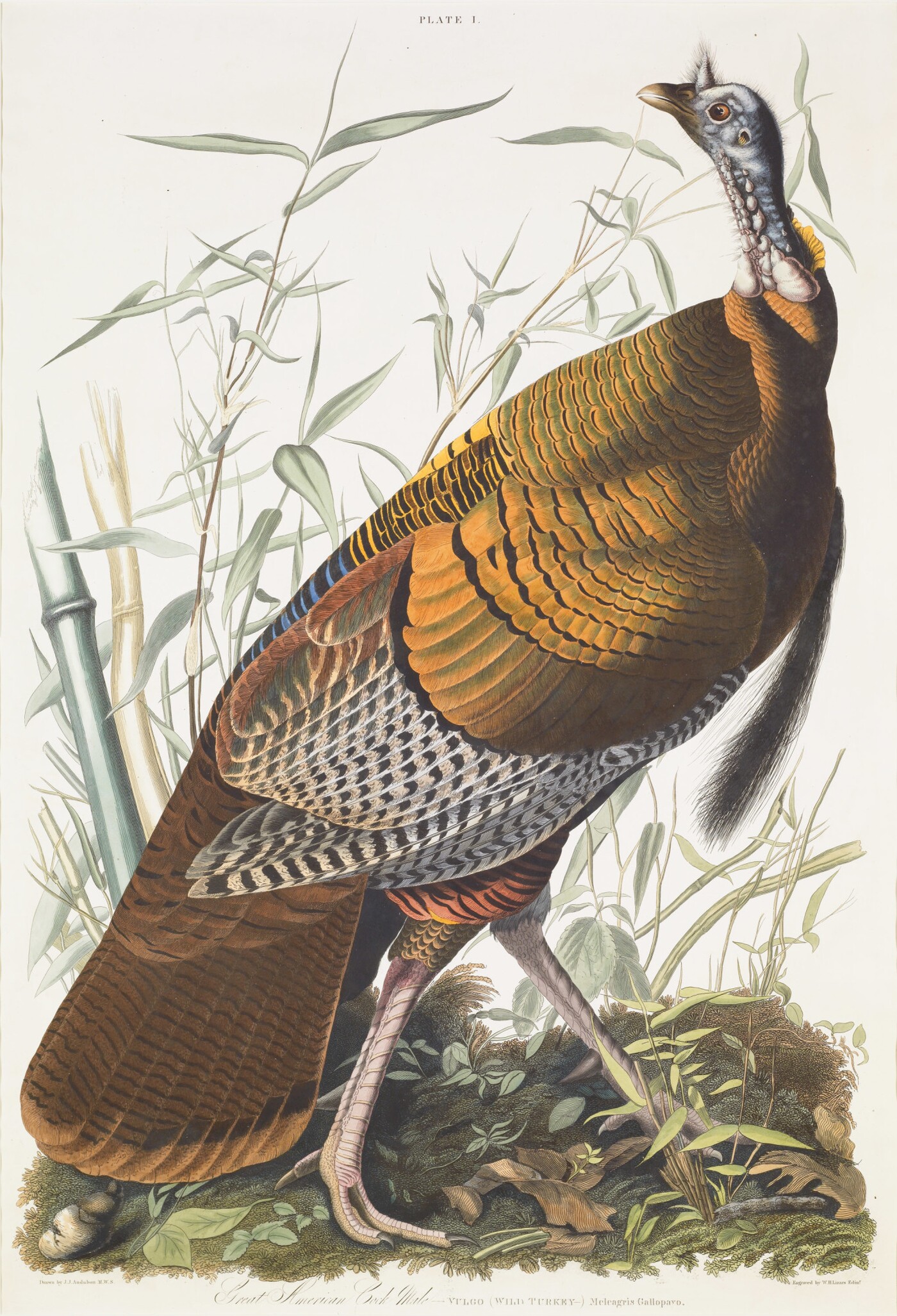 Benjamin Franklin, purveyor of early American wisdom, is said to have remarked that, in comparison to the badly behaved bald eagle, the turkey was, “though a little vain & silly, a Bird of Courage, and would not hesitate to attack a Grenadier of the British Guards who should presume to invade his Farm Yard with a red Coat on.”

It’s no wonder, then, that in 1826, American ornithologist John James Audubon chose the wild turkey, or Meleagris gallapavo for the first plate of his monumental publication, The Birds of America (1827–38). Audubon’s grand project to record all the birds of North America was not merely a scientific pursuit but an artistic accomplishment of great ambition. Audubon’s life-sized rendition of the wild turkey is not your grandmother’s frozen Butterball but a resplendent creature with a full beard and intricately articulated copper, yellow, and blue feathers. He stands in a pose designed to show off all the colorful assets belonging to the male of the species. The successful outcome of Audubon’s now-famous project was not simply that he reproduced the birds to scale in a setting that allowed them to appear their most lifelike, but also that he sought the best collaborators to bring his project to life.

Audubon initially relied on the Scottish engraver William Home Lizars to translate his large watercolors into colored engravings, and the first 10 plates in the series are the result of Lizars’s efforts. This print in the Carter’s collection was possibly one of the first Audubon works to make its way to America from Edinburgh where it was printed.

If you happen to encounter a wild turkey this season, take care to check out his every attribute. Then, as the Meleagris gallapavo gobbles along his merry way, tip your hat to the prowess of John James Audubon. 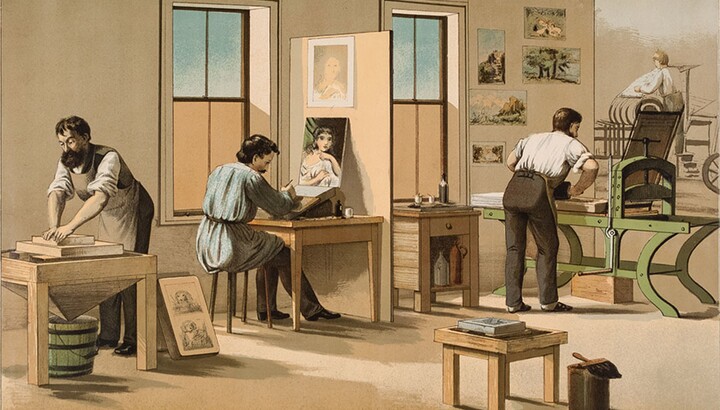 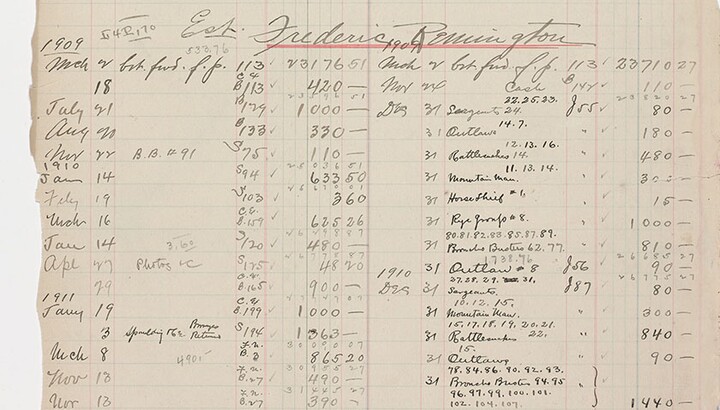 Making Cocktails at the Carter 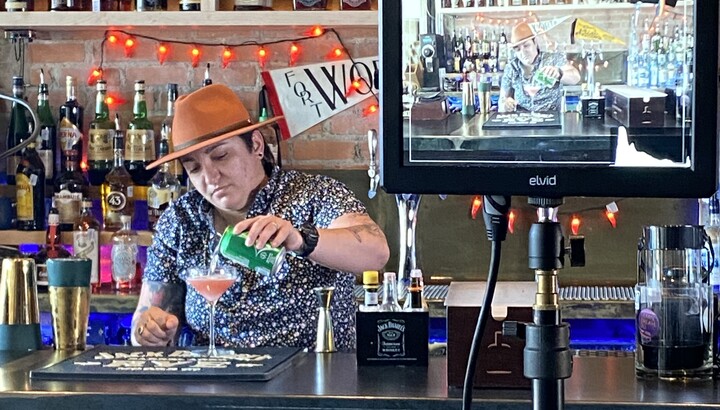