Erwin E. Smith always wanted to be a cowboy and an artist. As he was growing up in Bonham, a town in Fannin County in North Texas, the old cowboy ways were disappearing, but the legends and myths were just beginning. As the United States shifted from an agrarian nation to an assertive industrial power, people looked to the rural past for reassurance. Popular literature, art, and the fledgling film industry promoted an idealized image of the cowboy as a confident, free-spirited, and unassuming hero.

As a boy, Smith collected prints of paintings by artists who fed this trend, including George Catlin, Frederic Remington, and Charles M. Russell. He especially admired Russell, who worked as a cowhand for over a decade, declaring that his work most accurately represented the ranching life. Smith also acquired photographs by Laton Alton Huffman, who captured the life of Montana cowboys from the early 1880s to 1905; Evelyn Cameron, a photographer of early White settlers to Montana; and Charles D. Kirkland, who produced a series called Views of Cowboy Life and the Cattle Business in the 1880s.

Smith took every opportunity to gain experience as a working cowboy, spending summers on his uncle's ranch near Quanah, Texas. The land bordered the Great Western Cattle Trail, which thousands of longhorns followed north in the 1880s. But his real interest was in documenting the fading cowboy traditions as the era of the great trail drives was ending, a topic Remington had addressed years earlier in The Fall of the Cowboy, and Smith started capturing it in photographs when he was 12 or 13 years old. 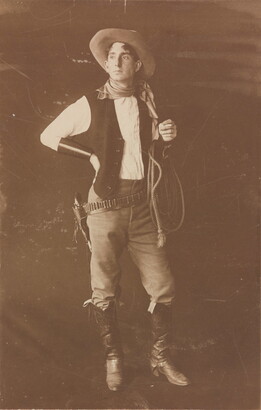 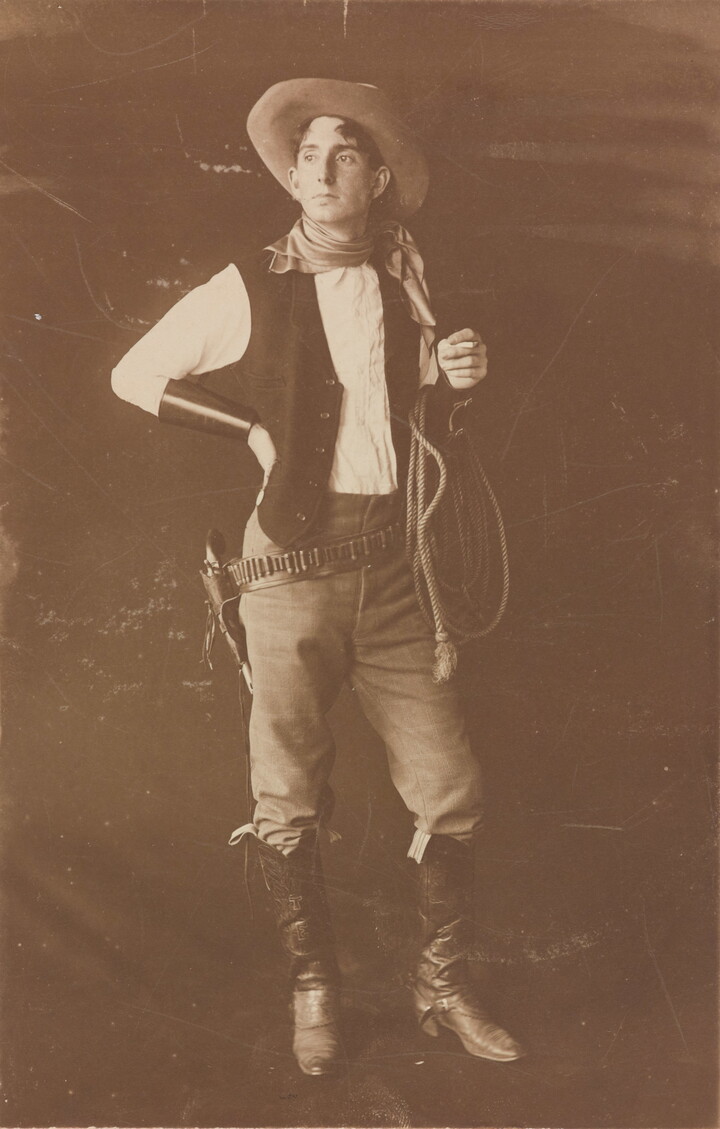 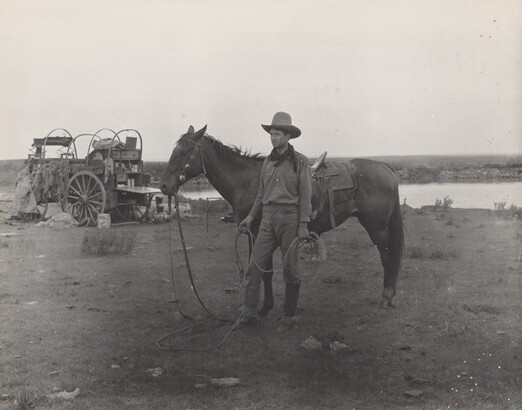 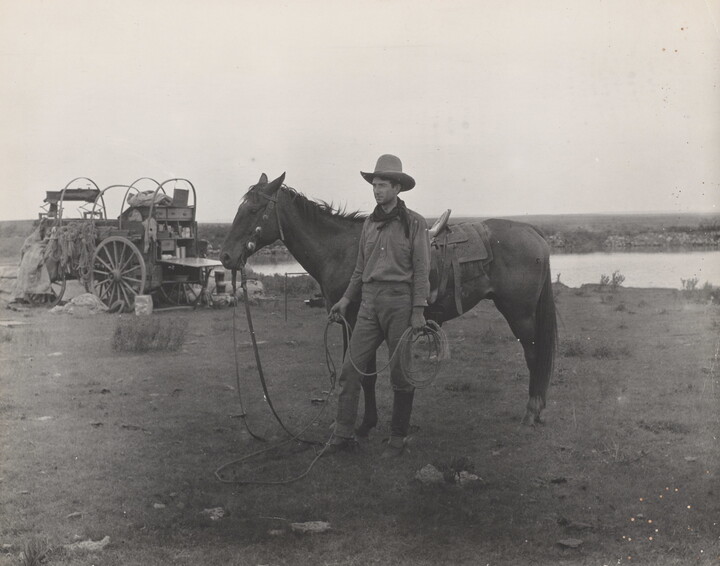 Photographer Erwin E. Smith riding a "sunfisher" and he is not pulling leather, Bonham, Texas, 1908 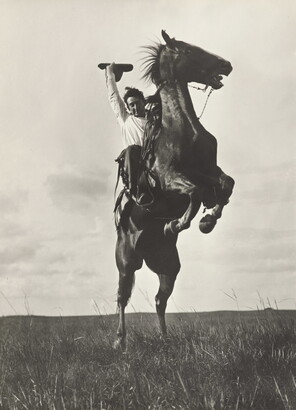 Photographer Erwin E. Smith riding a "sunfisher" and he is not pulling leather, Bonham, Texas 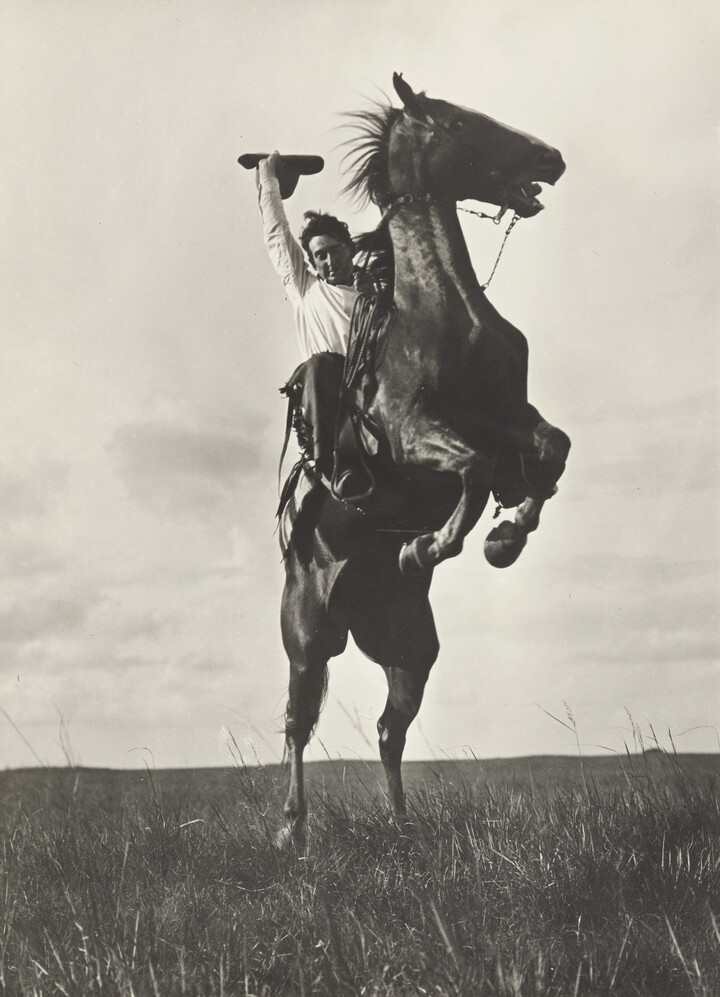 Smith attended the Art Institute of Chicago, one of the best art schools in the Midwest, from 1905 to 1907, where he studied with noted sculptor Lorado Taft. He then transferred to the School of the Boston Museum of Fine Arts, where, from 1907 to 1910, he studied with sculptor Bela Lyon Pratt. Smith initially intended to use his photographs as studies for sculptures and paintings, but while in Boston he saw that the images were both historical documents and works of art in themselves and turned his full attention to photography.

He photographed roundups and other scenes on ranches in Arizona, New Mexico, and Texas, making a point of visiting large ranches where the work approximated what the open range was like before the land was sectioned off by barbed wire fences. He recorded every aspect of working on the range, from managing cattle to showing cowboys in their free time, capturing all the key figures from chuckwagon cooks to wranglers. He found that there was no set pattern to ranch work, as much of it was dependent on circumstances like the weather, geography, and animals’ behavior. In order to capture the work, Smith had to anticipate what might happen, remain flexible to accommodate changes that did occur, and be patient. One report described Smith galloping ahead of the herd to set up his equipment so he would be in the exact spot at just the right moment to capture the action.

Sometimes working as a cowhand himself, Smith often appeared in his own negatives, sometimes posing while someone else operated the camera. On other occasions he would convince cowhands to pose in ways that created a good composition. After making his exposures, he often cropped the negatives and sometimes even experimented with sketching additional details onto some of the negatives and prints to improve the image. His understanding of composition, his artistic talent, and his willingness to experiment all coalesced to produce what the Boston Herald called “the finest pictures of range life ever taken.”jump to citation[x]

Smith was an able promoter of these scenes. He adopted “Bar Diamond Bar” as a brand, based on the name of a ranch in a fictional story he had written as a schoolboy. His photographs began to be featured in popular national magazines and newspapers in 1906, including several articles by George Patullo. In 1911, he began marketing custom albums in the hope of attracting new customers: For a sum of five dollars, any interested buyer could purchase a unique collection of Smith's photographs. Smith received a number of orders, but his lackluster production slowed sales as some customers waited up to a year for their album. In 1916, he established a relationship with the Cattle Raisers Association of Texas, who would reproduce his photographs for 31 years in their magazine, The Cattleman. 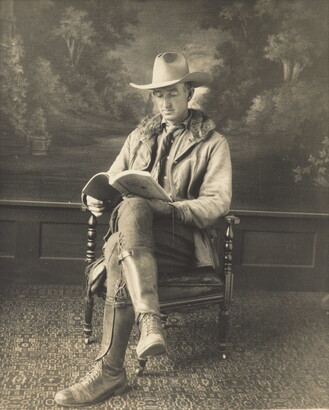 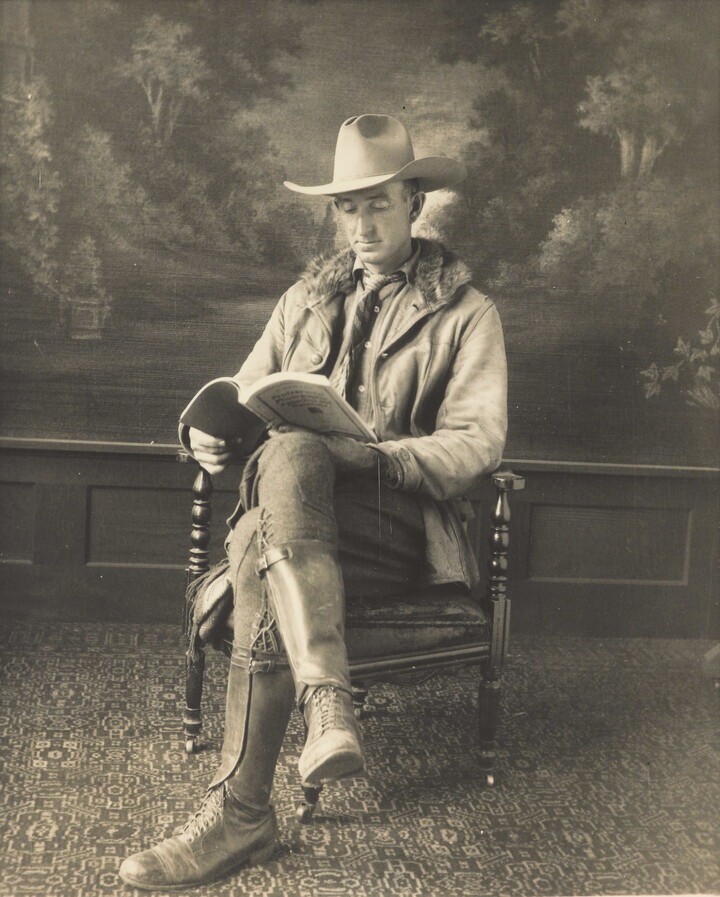 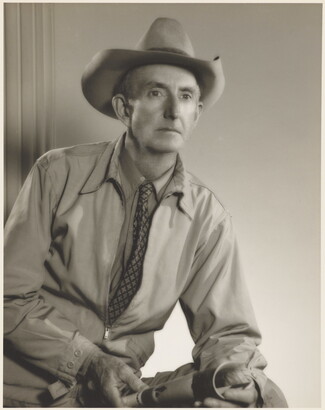 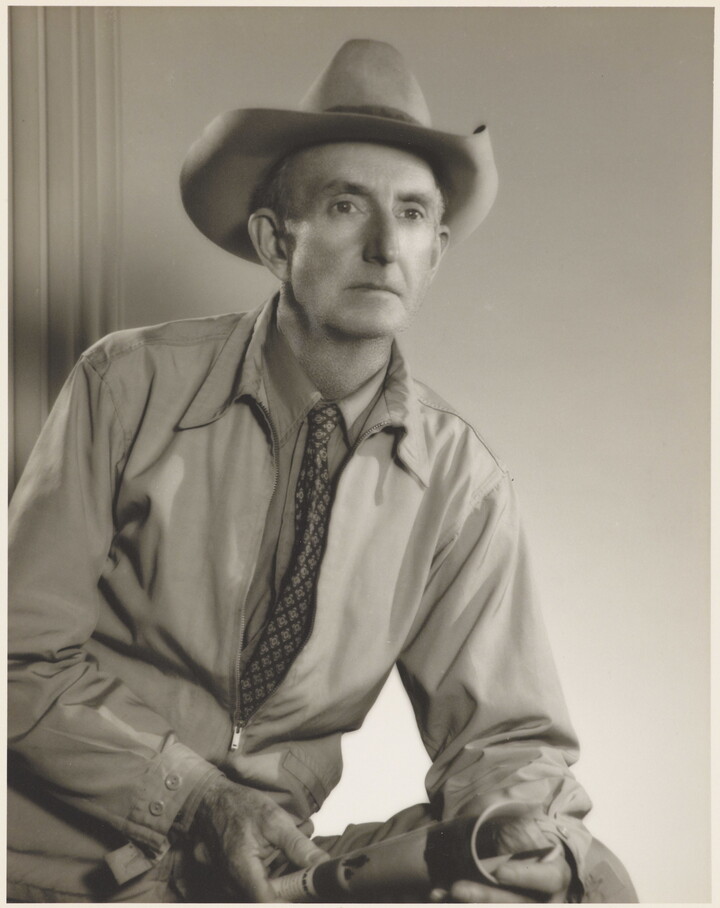 After Smith's death in 1947, his half-sister, Mary Alice Pettis, deposited many of Smith's negatives at the Library of Congress. She retained a collection of prints and negatives for herself, hoping that the entire collection would someday find a home in Texas. In 1986, the Library of Congress collection and the Mary Alice Pettis collection were reunited when Pettis bequeathed it all to the Amon Carter Museum of American Art, where it joined work by artists like Huffman and Russell, who had inspired Smith, to contemporary artists also taking on themes of the American West. Pettis also established the Erwin E. Smith Foundation to foster an appreciation for the artist’s work and to advance an understanding of the history of the open-range cattle industry in the Southwest.