April 13, 2022 Survey Examining the Representation of Black American Life through the Lens of Historical, Vernacular, and Contemporary Photography to Open at the Carter in June 2022 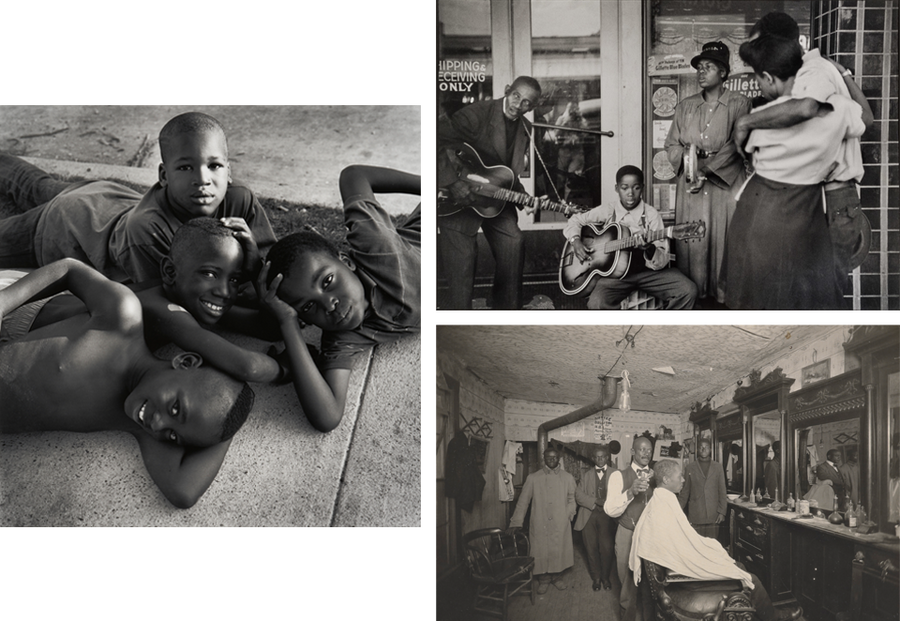 The first presentation of its kind at the Carter, Black Every Day: Photographs from the Carter Collection features over 50 works, from 19th-century daguerreotypes to 21st-century contemporary photographs, juxtaposed with over 100 vernacular images.

Fort Worth, TX, April 13, 2022—The Amon Carter Museum of American Art (the Carter) will present a focused survey exploring over a century of photographic representations of Black American experiences, the first presentation of its kind at the Museum. Black Every Day: Photographs from the Carter Collection will open in June 2022, and will juxtapose historical and contemporary photography with vernacular images to spotlight and celebrate more than 100 years of Black American life represented in the Carter’s photography collection. Over 50 artworks will be on view by iconic artists including Roy DeCarava, Dorothea Lange, Deana Lawson, Gordon Parks, James Van Der Zee, Garry Winogrand, and more—including 23 artworks on view for the first time since entering the Carter’s collection—accompanied by over 100 vernacular photographs. The exhibition will be on view at the Carter from June 11 through September 11, 2022.

“Black Every Day leverages the Carter’s exemplary photography collection and expansive archive of vernacular imagery to illustrate the vibrant and diverse lives of Black Americans,” said Andrew J. Walker, Executive Director. “The exhibition intends to celebrate the many facets of Black culture in America while also serving as a dynamic window into people and communities who have not always been reflected in museum exhibitions. We are grateful to collector Peter J. Cohen, whose gift of over 200 vernacular photographs made this project possible.”

By bringing together fine-art photography with vernacular images, the exhibition explores representations of Black life and culture through a range of perspectives. The exhibition opens with a daguerreotype by Sheldon K. Nichols, the oldest artwork featured, to confront the legacy of inequity and narrative tropes that have shaped Black representation in American visual culture. It then moves into five thematic sections that challenge these depictions by highlighting different aspects of Black everyday lives as captured by photographers:

“In the broader culture, Black subjects are so often only addressed in the contexts of history, such as the Civil Rights movements, or discussions of discrimination, police violence, and racism,” said Kristen Gaylord, Associate Curator of Photographs. “While these topics are of the utmost importance, they also relegate images of Blackness to traumatic and difficult moments, reducing the complexity of people and their experiences to a single narrative. In this exhibition, Lauren Cross and I aimed to do the opposite, showing Black Americans celebrating, playing, working, gathering, worshipping, and many other everyday moments that our visitors will recognize and identify with.”

“The exhibition does not intend to represent the full realities of Black people but is a lens to view these specific lives that are represented through the Carter’s collection against the wider contexts of Black culture,” said Lauren Cross, an artist, curator, and Assistant Professor of Interdisciplinary Art and Design Studies at the University of North Texas. “Of all the works I viewed when organizing the show, it was Sheldon K. Nichols’s daguerreotype that stopped me in my tracks and helped me realize how the visible, everyday experiences of being Black are truly framed by history. To help readjust this framing, Kristen and I also wanted to expand the viewer’s experience outside the photographs on view into the design of the gallery. The deep yet colorful walls celebrate the warmth and wisdom of Black culture. We want visitors to feel at home yet also provide a space for reflection and respect for Black lives.”

Black Every Day: Photographs from the Carter Collection is organized by the Amon Carter Museum of American Art. The exhibition is co-curated by the Museum’s Associate Curator of Photographs, Kristen Gaylord, and Fort Worth-based artist, curator, and Assistant Professor of Interdisciplinary Art and Design Studies at the University of North Texas, Lauren Cross. The Carter will celebrate the exhibition on Thursday, August 11, during Second Thursdays at the Carter: Representation & Reality. Visit cartermuseum.org for additional information.

The Carter houses over 45,000 exhibition-quality photographic prints and 250,000 photographic objects, making the Museum one of the country’s major repositories of American photography. The holdings span the history of the photographic medium, from one of the earliest daguerreotypes made in this country to inkjet prints being made today. The holdings reflect photography’s central role in documenting America’s 19th-century culture and history and the medium’s development as a significant and influential art form in the 20th century to the present. Throughout its history, the Carter has supported the work of contemporary photographers. In 1979, the Museum commissioned Richard Avedon to create his acclaimed series In the American West, and the collection now holds a complete set of prints from that project. A collaboration in 2013 brought Chicago-based photographer Terry Evans to Fort Worth to document the city’s Trinity River. The Museum is also home to the archives and monographic collections of photographers Carlotta Corpron, Nell Dorr, Laura Gilpin, Eliot Porter, Helen Post, Clara Sipprell, Erwin E. Smith, and Karl Struss.