November 04, 2021 Major Survey of Contemporary Indigenous Photography to Open at the Carter in October 2022 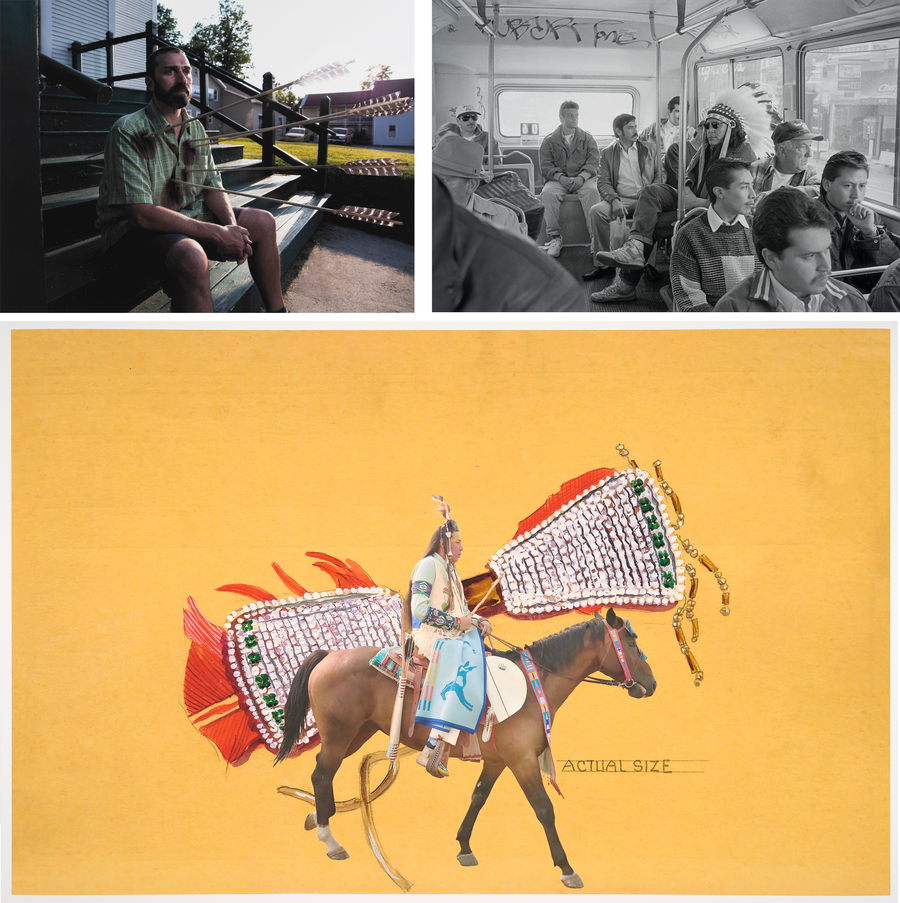 The first presentation of its kind, Speaking with Light to feature the work of over 30 Indigenous artists, including site-responsive installations by Kapulani Landgraf, Jolene Rickard, and Sarah Sense

Fort Worth, TX, November 4, 2021, Updated May 11, 2022—Marking the first major museum survey to explore the practices of Indigenous photographers working today, the Amon Carter Museum of American Art (the Carter) will present Speaking with Light: Contemporary Indigenous Photography in October 2022. Contemporary photography-based works will spotlight the dynamic ways in which more than 30 Indigenous artists have leveraged their lenses over the past three decades to reclaim representation and affirm their existence, perspectives, and trauma. Among many milestone works, this sweeping multimedia exhibition will feature acclaimed prints by Hulleah Tsinhnahjinnie (Taskigi/Diné), Wendy Red Star (Apsáalooke), and Nicholas Galanin (Tlingit/Unangax̂); site-responsive installations by Kapulani Landgraf (Kanaka ‘Ōiwi) and Jolene Rickard (Skarù·ręʔ/Tuscarora); and a new large-scale photo weaving by Sarah Sense (Choctaw/Chitimacha), which has been commissioned by the Carter. Organized by the Carter and co-curated by the Museum’s Senior Curator of Photographs, John Rohrbach, with artist Will Wilson, a citizen of the Navajo Nation and Photography Program Head at Santa Fe Community College, Speaking with Light will be on view at the Carter from October 30, 2022, through January 22, 2023.

Speaking with Light showcases the evolution of cultural affirmation and institutional critique in photography through the prolific output of young and mid-career artists such as Jeremy Dennis (Shinnecock), Sky Hopinka (Ho-Chunk Nation/Pechanga Band of Luiseño Indians), Dylan McLaughlin (Diné), and Cara Romero (Chemehuevi), along with their generational forebearers, including Shelley Niro (Member of the Six Nations Reserve, Turtle Clan, Bay of Quinte Mohawk), Tom Jones (Ho-Chunk), and Zig Jackson (Mandan/Hidatsa/Arikara). Brought together, these photographs, videos, three-dimensional works, and digital activations forge a mosaic investigation into identity, resistance, and belonging. Reflecting a wide spectrum of distinct cultures and creative practices, the exhibition is an outgrowth of the Carter’s broader collecting initiative dedicated to amplifying Indigenous artists’ contributions to the history of photography and American visual identity.

“Furthering our mission to seed critical conversations with the history of American art, the Carter is proud to present this watershed exhibition as a testament to the dedication, rigor, and empathy of the artists, community members, and scholars who have brought it life,” said Andrew J. Walker, Executive Director. “Mobilizing the strength of our photography program, we’re committed to elevating the voices and innovation of Indigenous artists, and we look forward to supporting the rich scholarship and recognition that the stories centered in Speaking with Light command.”

With over 70 works, the exhibition is presented in thematic sections contemplating the camera’s role in shaping shared scars and empowerments:

“Through our vast range of lenses—cultural, geographic, generational, and gender—the creators featured in Speaking with Light crystalize a vibrant reclaiming of personal and communal representation,” said co-curator Will Wilson. “We invite visitors to lean into discomfort and counter-narratives to access a different understanding of our world—one that provides healthier relationships with each other and the earth. Drawing the institution and its audience into this Indigenous space lays the groundwork for the Carter to become an important site of contemporary Indigenous photography practices and research.”

“It’s a remarkable experience having so many pivotal voices converge in this complex conversation,” said Senior Curator of Photographs, John Rohrbach. “Speaking with Light is a symbol of the vitality of contemporary Indigenous photography, acknowledging the diversity of Indigenous artists who are confronting the story of America with acuteness and passion.”

Speaking with Light: Contemporary Indigenous Photography is organized by the Amon Carter Museum of American Art. The exhibition is co-curated by John Rohrbach, Senior Curator of Photographs, and Will Wilson, Photography Program Head at Santa Fe Community College and a citizen of the Navajo Nation.  Major support for the exhibition is provided by the Henry Luce Foundation. Additional support is generously provided by Debra and Ken Hamlett, The Kerlee-Wollenberg Family Fund, and Ann and Russell Morton. The accompanying publication is supported in part by the Native Arts and Cultures Foundation.

The Carter houses over 45,000 exhibition-quality photographic prints and 250,000 photographic objects, making the Museum one of the country’s major repositories of American photography. The holdings span the history of the photographic medium, from one of the earliest daguerreotypes made in this country to inkjet prints being made today. The holdings reflect photography’s central role in documenting America’s 19th-century culture and history and the medium’s development as a significant and influential art form in the 20th century to the present. Throughout its history, the Carter has supported the work of contemporary photographers. In 1979, the Museum commissioned Richard Avedon to create his acclaimed series In the American West, and the collection now holds a complete set of prints from that project. A collaboration in 2013 brought Chicago–based photographer Terry Evans to Fort Worth to document the city’s Trinity River. The Museum is also home to the archives and monographic collections of photographers Carlotta Corpron, Nell Dorr, Laura Gilpin, Eliot Porter, Helen Post, Clara Sipprell, Erwin E. Smith, and Karl Struss.