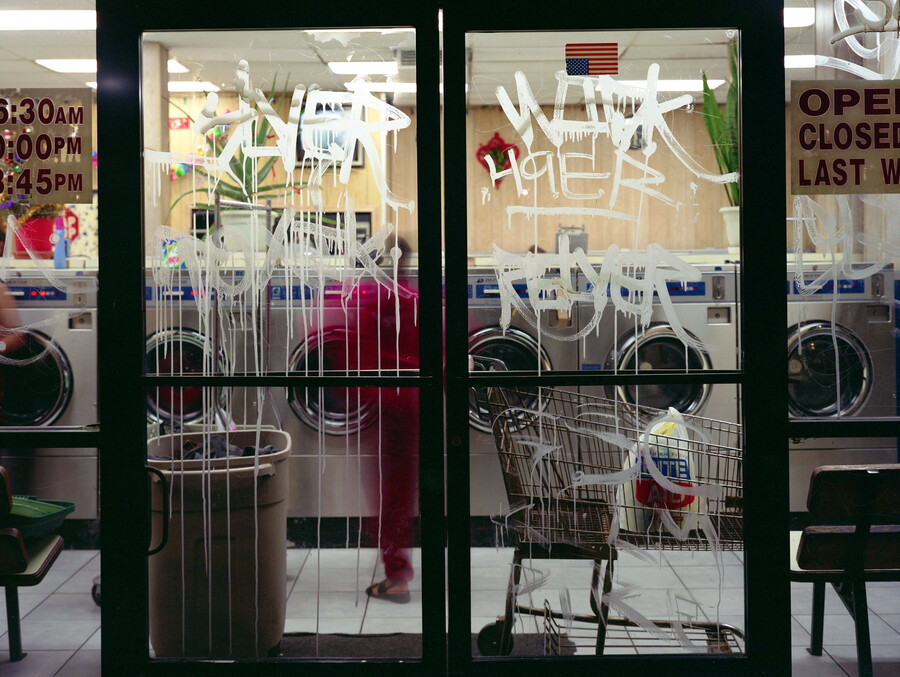 Fort Worth, TX, June 15, 2022—The Amon Carter Museum of American Art (the Carter) announced today the presentation of Christina Fernandez: Multiple Exposures. The exhibition, organized by the California Museum of Photography at UCR ARTS, Riverside, CA, is the first extensive survey of work by the Los Angeles-based artist who has spent decades in a rich exploration of migration, labor, gender, her Mexican American identity, and the unique capacities of the photographic medium itself. On view March 12 through July 9, 2023, the exhibition firmly centers Fernandez’s work within contemporaneous movements including postmodernism and the Chicano movement.

Fernandez is an artist and educator acclaimed for photographs that examine her connections to her native Los Angeles, the intersections between public and private spaces, personal and historical narratives, exurban and urban spaces, and the cultural border and historical relationships between Mexico and the United States. The artworks showcased in the exhibition span 30 years, illuminating the formal and conceptual threads that connect them. In this comprehensive solo exhibition, Fernandez’s images compel viewers to reconsider history, the border, and the lives that cross and inhabit them.

“Although it stretches back decades, Fernandez’s work is ever more urgent and relevant,” said Kristen Gaylord, Associate Curator of Photographs. “Her explorations of the joy and precarity of living a creative life; the interweaving of familial, social, and political histories; and the beauty found in her Los Angeles Latino/a/x neighborhood will be both familiar and revelatory to our audiences.”

The exhibition includes Fernandez’s most important series, including:

Christina Fernandez: Multiple Exposures is organized by UCR ARTS and is curated by Joanna Szupinska, Senior Curator at the California Museum of Photography at UCR ARTS. Chon A. Noriega, Distinguished Professor of Film, Television, and Digital Media at UCLA, is curatorial advisor. The exhibition was made possible by grants from The Andy Warhol Foundation for the Visual Arts and the National Endowment for the Arts. Support for the accompanying publication was provided by AltaMed Health Services, Fundación Jumex Arte Contemporáneo, and Furthermore: a program of the J.M. Kaplan Fund.

Fernandez was born in Los Angeles in 1965. She earned her BA at the University of California at Los Angeles in 1989 and her MFA at the California Institute of the Arts in 1996. Since 2000 she has taught at Cerritos College, a majority Latinx community college, where she is an Associate Professor and was chair of the art department in 2017–20.